The Interconnections of Media: From Frank O’Hara to Hop Along

During the summer before my sophomore year of high school, I wasted endless hours in the makeshift studio space that was my bedroom, spreading acrylic paint amateurly onto canvas. I distinctly remember listening to a select few albums over and over, one of which was (fittingly) Hop Along’s Painted Shut. 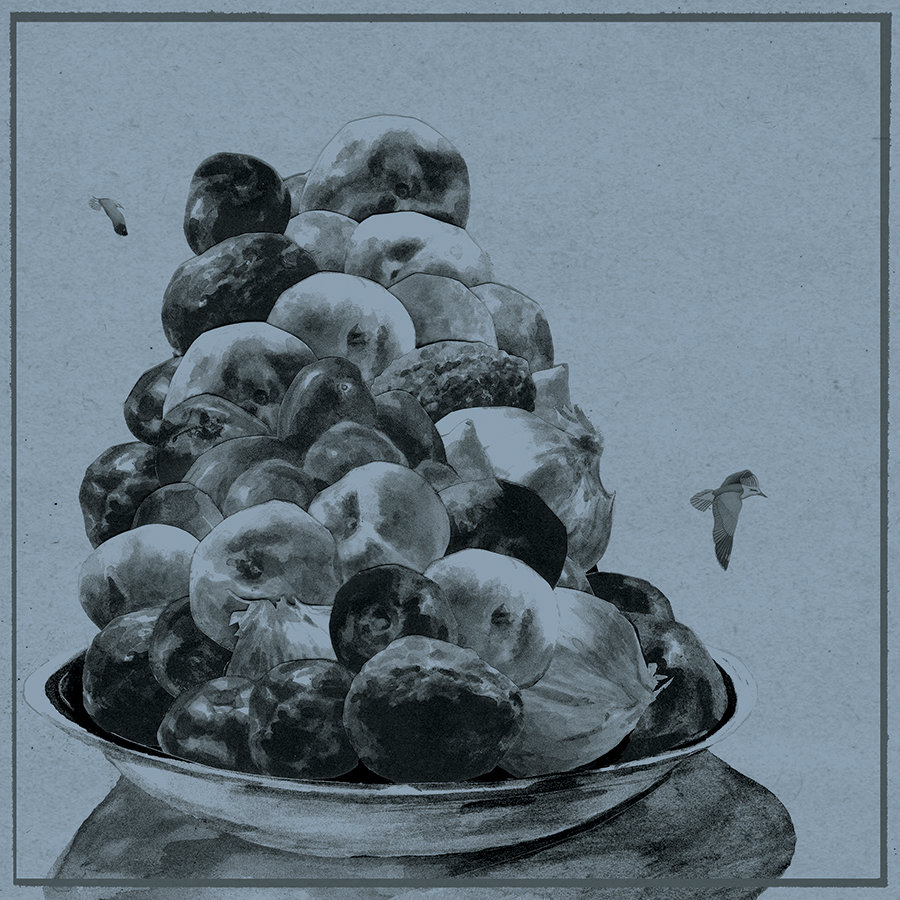 The cover, a semi-exaggerated take on the traditional still life, features a large stack of fruit on a blue background, skillfully rendered by the lead singer (Frances Quinlan) herself. Not only did listening to this album while painting draw an inextricable attachment for me between experiencing art and making art, but it also led to a certain realization. As a newly budding musician and a longtime visual artist torn between genre, I came to understand that I didn’t have to choose a single medium to devote my energy to; mediums across the artistic spectrum – whether it be music, painting, dance, or literature – overlap, influence each other, and work together in a very important and necessary way.

There are countless other examples of this relationship, especially when it comes to art and literature. In 1964, Lawrence Ferlinghetti’s City Lights published Frank O’Hara’s Lunch Poems, a collection of poems infamously written during O’Hara’s breaks while working at the Museum of Modern Art (where he later became a curator). Currently, an exhibition in the MoMA features the work of O’Hara and artist Larry Rivers intertwined and in conversation with one another. In another example of the art-literature line being blurred, Jack Kerouac’s Book of Sketches was published posthumously in 2006, containing a number of documentary “spontaneous prose poems,” – what Kerouac liked to call “sketches,” – written during Kerouac’s travels across the United States. Language is so often used as media, in the way that paint is used for a painting, to create a work of art.

In the current exhibition in the Stamp Gallery, Still Here: Art on HIV/AIDS, two of Shan Kelley’s pieces, Self Portrait III

and Count Me Out, break down the art/literature barrier. Count Me Out reads like poem meant to be spoken aloud, while Self Portrait III reads more like art, like how Jenny Holzer’s Truisms read. Within the realm of a single medium in both of these pieces, Kelley creates two different distinctive mediums and subsequent meanings – that is, what is generally considered to be “art,” and what is generally considered to be “literature.” Rather than drawing a distinct separation, he blurs the line between them.

In the past couple of weeks on the Stamp Gallery radio show, Art Hour, I’ve been hoping to get a further grasp on the connections between these three artistic mediums. Each week, a playlist is curated by one of the docents at the gallery in relation to the current exhibition, along with a short description of how the songs go along with themes, ideas, or images of the exhibition. Though some pairings might be more obviously fitting than others, it’s been interesting to see the many interpretations of how songs relate to artworks in the gallery. Though I have yet to arrive at a particular definition of this relationship between art and music (or between any other mediums, for that matter) I continue to witness examples of it almost everywhere I go, taking the form of comics, film, music, or visual art.

Shan Kelley’s work is included in Still Here: Art on HIV/AIDS at The Stamp Gallery of the University of Maryland, College Park, from October 29th to December 7th, 2019.